The Book of Kells, of which our copy is a replica, was written more than 1,200 years ago by monks. It is one of the most famous and valuable illuminated manuscripts to have survived to modern times.

The Book of Kells is believe to have been created at a monastery off the coast of Scotland on an the island Iona. It derives its name from the Irish village of Kells, located northwest of Dublin, where the book was kept in the monastery for several hundred years.

The Book was written around 800 A. D., and scholars estimate that it took seventy-five years to complete. The book was hand-written and painted on pages of vellum, which is calf-skin that has been tanned to paper thinness. The book, as it has survived, has 680 pages.

The black box with silver trim is typical of a type of medieval storage box used to protect manuscripts. This box was especially designed for the reproduction of the Book of Kells but the silverwork and design are very similar to some found with other manuscripts.

The Book of Kells contains the four gospels inscribed in Latin in an intricate style known as insular majuscule script. All but four of the pages are richly illuminated with a flamboyant exuberance unique in manuscript art. The text often contains brightly colored birds, animals, faces and figures humorously entwined with the letters. The colors and dyes which were used in the painting of the illuminations were brought to Ireland from as far away as Asia. 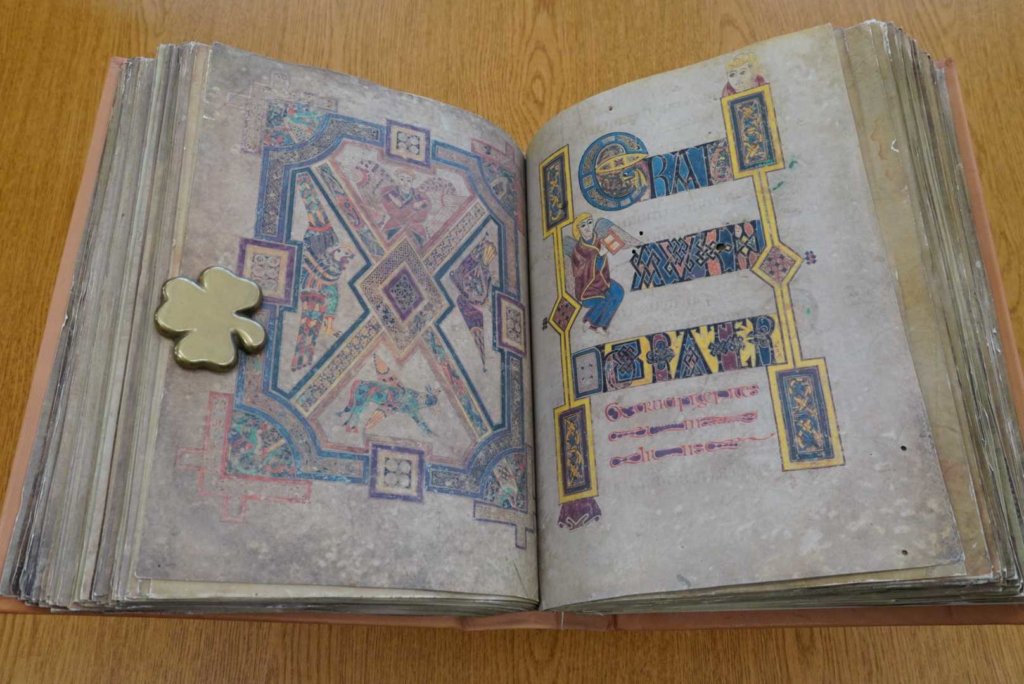 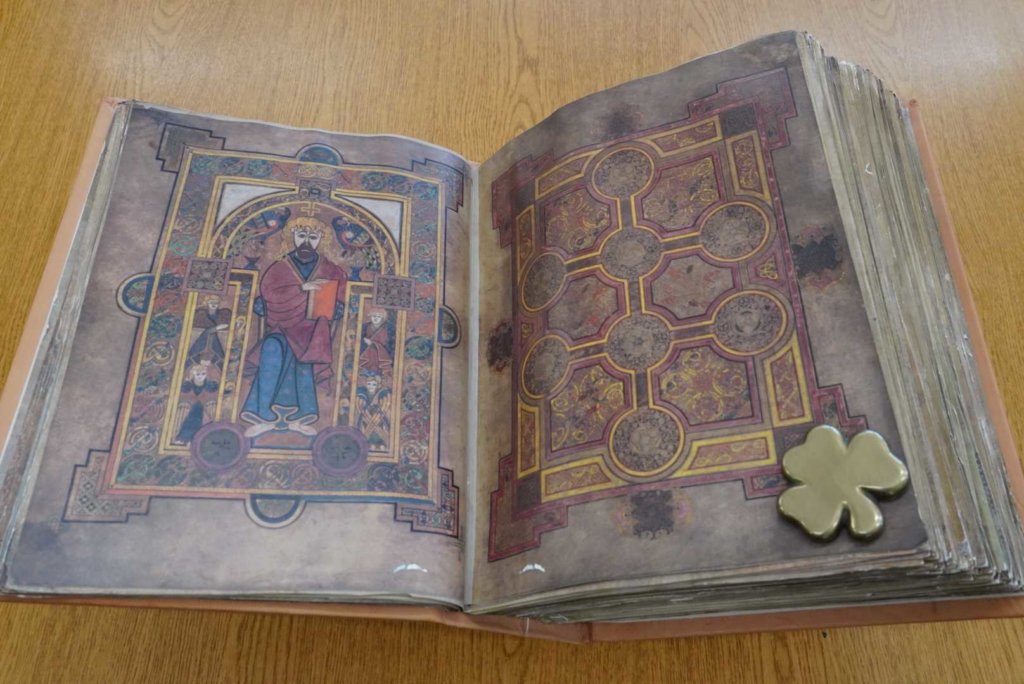 In 1661 the Book of Kells was transferred from Kells to the Trinity College Library in Dublin, where it has been safeguarded ever since.

In 1990 Trinity College granted permission for a limited number of exact facsimile replicas of the book to be published at a price of $14,800 each. The Muskegon Irish-American Society and the Friends of Hackley Library undertook a fund-raising campaign to purchase this exact replica of the Book of Kells for the Hackley Public Library to celebrate the Library’s One Hundredth Anniversary. Donations were also gathered for the display case which houses the Book of Kells. The names of all donors are listed in the display case.

We believe this is the only facsimile edition of the Book of Kells on permanent display in a public library in North America.

If you’d like to know more about the Book of Kells check out these websites: